The yale is an antelope-like creature from medieval bestiaries that can swivel its horns around to confound attackers, I wrote it up, however, as a fantasy-campaign headcanon equivalent to the Klingon Sargh—any definitive similarities await a zoological expedition to Kronos, of course. 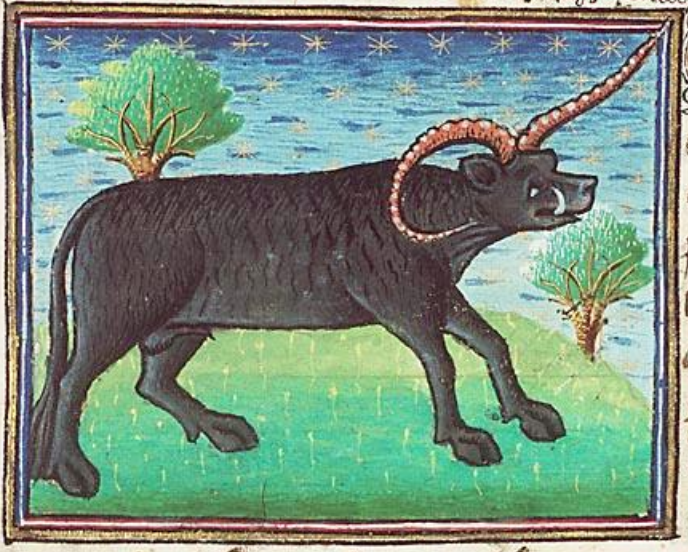 Yale
No. Enc.: 0
Alignment: Neutral
Movement: 120′ (40′)
Armor Class: 7
Hit Dice: 3+3
Attacks: 1 (horn)
Damage: 1d8
Save: F3
Morale: 9
Hoard Class: None
XP: 100
This fierce heraldic beast has the body of a horse, the jaws of a boar, the horns and hooves of an oryx, and the tail of an elephant. Although they can survive on grazing, they are omnivorous and prefer to eat fruit, fungi, tubers, and carrion when available. A yale can swivel its horns in different directions, and can change between an offensive stance or defensive stance every round. Depending on the orientation of its horns, it gains either a +1 bonus to attack rolls or a +1 bonus to AC. Some savage tribes (especially orcs or neghai) train these wild creatures as warbeasts to bear riders or draw chariots, but they are rarely used as simple beasts of burden.